Baffling that Nintendo decided to use friend codes again though...

I got one Friday. I feel it has a lot of potential, Zelda might be a great all time caliber game. But I can't help Nintendo has some design issues going on... First issue is the analog sticks on the Joycons. They are awful, far too short to really feel like you have a good range of analog movement. The screen being plastic as a 300 dollar device unacceptable, and the Dock is scratching systems, and needs a redesign. 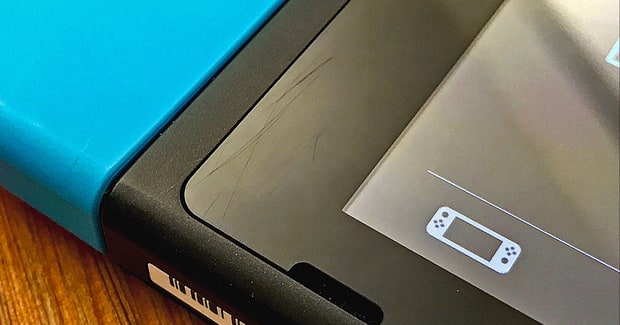 Quote:
Yeah, the whole docking thing is a real mess. It's so odd because the actual tablet is such high quality and then the dock is a shitty piece of plastic. It's bewildering Nintendo would ship these things not knowing how easy it is to smudge and scratch the screen with them which makes me believe something got fucked during the mass production of them. Playing with separated joycons is cool at first but they are just way too small to play with comfortably. I know the Pro controller is $70 but damn is it a great controller. I'll never use the joycons again now that I have it. Another small gripe is I wish the screen size of the tablet was a bit bigger.

Interface wise it's super fast which is awesome considering how shit the Wii U was at launch, but it's also super bare bones. I honestly feel like people who buy the Switch at launch are beta testing this thing. The UI is snappy but it's missing that Nintendo charm. There's no music, no themes, no real sense of community like the Wii U since they got rid of Miiverse which was a huge mistake, IMO. It's mind boggling Nintendo went back to Friend Codes. Other people are critical there's no apps like Netflix, YouTube, Spotify, web browser, etc. but I couldn't care less about that stuff. I have 30 other devices that can do those things, it's an odd complaint, IMO. It's coming down the road anyway: http://www.theverge.com/2017/3/8/148...amazon-support

Overall, they have a solid foundation with this UI that I'm sure will be expanded as time goes on.

I'll send you a request Bizzy. I'm not sure if we both have to send it or not, but I guess we'll find out.

I have Bomberman and Fast RMX, which I think are the only two online games.

Fast is surprisingly fun. Some people are sayin it's better than some Fzero and Wipeout games, but I don't agree at all... doesn't have the same quality of level design, but I still think it's a lot of fun.

It's not online but I really like Blaster Master Zero. Feels like a true sequel to the original... plays pretty great.

What a garbage system. Nintendo's done with the console business. Chalk up another failure.
__________________
Pahn!
“About the only thing Lindsay Lohan and Elizabeth Taylor have in common is that your senses would be assaulted if you spread their legs right now and you’d get some awful disease if you fucked them."

I've been sitting on the fence for a long time and have not purchased any new systems this generation even though I typically end up with all systems for each generation. I can ignore the Switch's lack of power. And as appealing as Nintendo's 1st party games are, I can't get over its lack of 3rd party support. I want to play Doom, Resident Evil 7, GTA, etc.
__________________

Quote:
FC sharing is just one way this time at least.

I have both Bomberman and Fast RMX and they are okay. Bomberman is still fun with a bunch of people in local play but Konami really didn't give a shit about the game because it's so basic. Online play is very laggy with some terrible input delay. Definitely not worth $50. Fast RMX is a cool old school arcade racer but again the very short time I played online it seemed very laggy. Multiple times I was 1st but ended the race in 2nd because lag I assume. Lots of times I saw ships skipping across the track. I bought a LAN adapter so I have a wired connection too. This better improve because I'm not paying for online if it's as shoddy as this.

BotW is definitely the saving grace though. Easily the best launch title for a system since Mario 64.

Quote:
Patch made the controls much better. Haven't tried online again yet.

...to be fair those problems aren't common. Nintendo has resolved the joycon issues and I would recommend a screen protector for any device w/a screen like that. There are some pretty solid tempered glass options available.
__________________

Quote:
You'd think somebody at Nintendo would have said "Hey guys, people are going to be sliding their system in and out of this thing, so maybe we should put some felt or rubber strips going down the inside."
__________________
"In my time we didn’t depend on high-tech gadgets like you do. We didn’t need a mechanical washing unit to wash our clothes. We just used a washing machine!" ~ Philip J. Fry

After owning the Switch for about 3 months, or 4, I can't remember what day it launched. But it's exceeded my expectations by a lot.

The online is trash, there's no way around that. But I've really enjoyed almost everything else about it, even the library has been much better than your typical Nintendo launch window library.

I feel like it's probably Nintendo's best console effort since the GameCube so far. Very happy with it.

I think I can already say I like the Switch better than the Wii U and even the Wii.

I already have 11 physical games with Splatoon 2 next and 23 eShop games.

Quote:
I owned the Wii and Wii U at/around their launches. I definitely already like the Switch more than both of those (comparing launch windows).... though I do feel the Wii U eventually became an underrated console because Nintendo just hit a home run with a lot of their first party support for the U, there just needed to be more of it.

The Wii, I disliked it from the start. I felt Zelda Twilight Princess was an extremely boring game, and outside of a few gems, and Mario Galaxy 1 & 2, which are quite possibly two of the best Nintendo games they've ever produced.

I didn't care for the wii's controller, the classic controller was ok, and the pro controller wasn't as good as the other two console's controllers. I already had an HDTV by the time the Wii came out, and the Wii just looked awful on my TV.

It took nearly 6 months, but yesterday I saw my first Nintendo Switch sitting on a store shelf. I walked by and did a double take, because I couldn't believe it. I managed to control the small urge I had to actually buy it.
__________________
"In my time we didn’t depend on high-tech gadgets like you do. We didn’t need a mechanical washing unit to wash our clothes. We just used a washing machine!" ~ Philip J. Fry

Quote:
I'm at the disadvantage of living in a small town, where the only options are Walmart, Shopko and a small used video game store. There was a GameStop here, but it closed earlier this year. If I want to go to Best Buy I have to drive 2 hours.

I saw a really funky Splatoon 2 bundle Switch in Walmart the other day. The joycons were lime green and neon pink, and it came with the game and a carry case.

The colour scheme was just SUPER funky looking. I don't really think I'd want those colours. Mine has the grey joycons.